To share your memory on the wall of Charlotte Muniz, sign in using one of the following options:

Provide comfort for the family of Charlotte Muniz with a meaningful gesture of sympathy.

We encourage you to share your most beloved memories of Charlotte here, so that the family and other loved ones can always see it. You can upload cherished photographs, or share your favorite stories, and can even comment on those shared by others.

Patrick and Jim Keidel and Kelly, Dwayne, Sherman & Your IC Buckhead Family have sent flowers to the family of Charlotte J. Muniz.
Show you care by sending flowers

Posted Dec 01, 2019 at 12:06pm
Wishing you peace to bring comfort, courage to face the days ahead and loving memories to forever hold in your hearts.

Patrick and Jim Keidel purchased flowers and planted a memorial tree for the family of Charlotte Muniz. Send Flowers

Flowers were purchased for the family of Charlotte Muniz. Send Flowers

Posted Nov 18, 2019 at 08:57am
Dear Girls. So very sorry that you are going thru. You know we have a lot of memories of your Mom and Dad and you little girls. Please know we love you and I’m sorry that Lori and I can’t be there. She has to work, of course. I don’t drive out of town any more. I had forgotten that we shared the same birthday. We love you. Know we are with you in spirit. Aunt Bernie And Girls.
Comment Share
Share via:
PK

Thanks Aunt Bernie and all of our Brady family!
KF 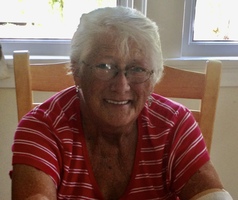