To share your memory on the wall of Donald McLaughlin, sign in using one of the following options:

Receive notifications about information and event scheduling for Donald

We encourage you to share your most beloved memories of Donald here, so that the family and other loved ones can always see it. You can upload cherished photographs, or share your favorite stories, and can even comment on those shared by others.

Tom Frank, UBS and The Eichert Family sent flowers to the family of Donald J. McLaughlin.
Show you care by sending flowers

Posted Dec 01, 2019 at 04:21pm
My prayers are with you and all of your family over the loss of your father. I worked with your dad many years at the Cincinnati Flower Show and was one of the Jerry Eichert gang. He shared many stories from his work for the literacy council, church, his golfing game, and his family while we waited to count the money during the day. He was a true gentleman.
Comment Share
Share via: 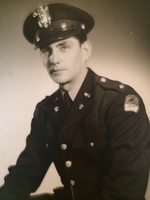 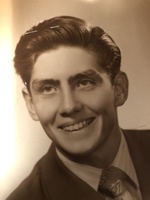