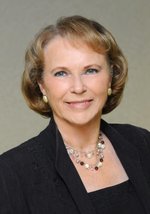 Ida “Eileen” Thomas, a long-time resident of the Cincinnati area, died Saturday the 13th of July, 2019 at Artis Senior Living in Mason, OH. Born August 11, 1943 to Ida B. and Thomas L. Troxell in Chester, PA, Eileen was a beautiful child with a sunny disposition who loved reading, animals, and exploring the outdoors. She was a quick learner who excelled at school. Eileen moved with her mother to the family farm in Kentucky after her parents divorced, where she spent time enjoying life on the farm with her many cousins (especially her favorite girl cousin, Josephine “Jo” Straub). When Eileen was 11, her mother married Zoltan “Zolie” Horvath, who adopted Eileen and raised her as his own. They spent many happy years together at their home in Batavia, OH fostering children and raising German Shepherd dogs. Zolie’s son Charles D. “Chuck” Horvath became a dear step-brother to Eileen. Zolie and Ida eventually adopted one of their foster children, Martha Rice, who also shared a close sisterly bond with Eileen through the years.

After graduating from Amelia High School in 1961, Eileen began her studies at the Jewish Hospital of Cincinnati School of Nursing. Soon after she married James A. Rohrich and they had two daughters together, Kimberly Lynn and Karen Leigh. Although Eileen left nursing school to raise her family, she continued to work in the health care field as a medical assistant to an ob-gyn doctor. In a career shift, she took a position at Home State Savings in Mt. Washington, where she worked her way from a teller to a manager. After her divorce from her first husband, Eileen married Sgt. Robert Thomas of the Cincinnati Police Department. She became a loving step-mother to his two adult sons, Harry Dallas Thomas and Robert Keith Thomas, and later became close with their spouses and significant others. Eileen believed family was who you loved, and that didn’t mean only blood relatives (a theme that continued throughout her life).

Eileen’s intelligence, ambition, and people skills eventually led her to pursue a career in real estate. After earning her real estate license, she became a successful sales agent for Coldwell Banker in Anderson Township. She managed the Milford office for many years and won the Premier Office Award in 1986. She enjoyed recruiting and mentoring new agents and leading real estate continuing education classes. Her business acumen, trustworthiness, and genuine interest in serving made her a favorite of clients. She truly enjoyed making a difference in people’s lives by helping them find the home of their dreams.
Eileen was an active member of Calvin Presbyterian Church in Amelia, OH for many years. She loved studying the Bible, writing daily meditations, and as a true “prayer warrior” she kept detailed lists with the names and prayer needs of dozens of friends, family members, acquaintances, and even strangers. Eileen was known for leading thought-provoking Bible study groups that helped people apply the teachings of the Bible to their lives.

Eileen loved babies. She often said that she wanted to spend her old age rocking babies in a hospital nursery. She volunteered at A Caring Place, a pregnancy crisis center focused on providing hope and help to families in need. She spent countless hours organizing their annual auction and working on the “Baby Bottle” fundraising campaign. She loved spending time with her grandchildren Amanda, John, and David; and later Elijah, Samuel, Zoe, and Isabel.

She enjoyed entertaining. She was known for her hospitality at picnics and holiday dinners, serving course after course of lovingly prepared food. If you had a favorite, she made it. She invited everyone…her family, her family’s families, friends, their friends, and so on. Through the years she “adopted” a handful of family friends that became regulars at holidays and other gatherings. She greeted you with a hug and had a wonderful smile that could light up a room. Her sweetness was rivaled only by her sweet tooth…she particularly loved Coca-Cola, Reese’s peanut butter cups, and Bailey’s Irish Cream!
Eileen enjoyed good food and eating out, but also liked going to movies and plays. She appreciated good Broadway shows at the Aronoff, especially musicals. She took Caribbean cruises with her husband and her parents. She loved planting flowers, riding horses, talking to her pet cockatiels, and spoiling her dogs and grand-dogs. She collected pottery, animal figurines, carousel horses, fancy teacups, and trivets. She shopped. A lot. She loved buying hats, clothes, and costume jewelry for herself and gifts for family and friends. She was known for giving everyone the same “practical” gifts at Christmas such as ice scrapers, flashlights, and mini umbrellas (along with an assortment of carefully chosen, highly personal, beautifully-wrapped gifts for each family member).

After her husband's death eleven years ago, Eileen remained active with her church and volunteer work, and enjoyed spending time with her family, friends, and rescue poodle Sadie. She continued to work in the real estate business until her retirement in 2012. She did not enjoy living alone, however, and was happy to be able to move in with her daughter and son-in-law Karen and Kevin Ansberry and their four young children in Lebanon, OH. “Nana” stayed very involved in her grandchildren’s lives by reading to them, attending their school and sporting events, taking them for walks and ice cream, and insisting that they keep up with their piano lessons! In the last years of her life, she slowed down quite a bit as Alzheimer’s limited her mobility. She entered Artis Senior Living in 2016 where she was a favorite of staff due to her friendliness and quick wit (not to mention a few shenanigans!) Her children and grandchildren remained by her side through it all.
Eileen believed that no act of kindness, no matter how small, was ever wasted. She was generous with her time and gifts. She had a knack for encouraging other people’s business ventures. She could make conversation with anyone, chatting up nurses, joking with doctors, making small talk in the line at Kroger, complimenting strangers on their hairstyles, and by the end of a mani-pedi she usually knew her nail tech’s hopes and dreams! Eileen smiled often, laughed easily, tipped generously, and never forgot a birthday. She meant so much to so many, and will always have a place in their hearts.