To share your memory on the wall of James McDowell, sign in using one of the following options:

Provide comfort for the family of James McDowell with a meaningful gesture of sympathy.

He was born in Belfast, Northern Ireland to the late Robert and Margaret Kernaghan McDowell. As a teenager during WWII, he watched planes fly overhard on the way to bomb shipyards in Belfast. He met his future wife, Mildred McShane while working at United Kingdom Optical and immigrated to the United States (Chicago) in 1957. They later moved to Cincinnati in 1965 where Jim was a Mechanical Enqineer by trade. He worked for Dubois Chemicals for 24 years where he retired as Vice President.

Jim coached soccer at the University of Cincinnati from 1975 to 1983 and took the Anderson High School soccer team to the Ohio State Finals in 1973. He was a pioneer of Select Soccer in the Cincinnati area and was proudly inducted to the Ohio Soccer Hall of Fame in 2010. Jim and Mildred wintered in St. Augustine, Florida after retirement until their health no longer allowed them to. He was also an avid golfer and small business entrepreneur that will be remembered by many.

Funeral service will be held at T.P. White & Sons Funeral Home, 2050 Beechmont Ave., Mt. Washington, on Monday, February 3rd at 11 am. Friends may visit at the funeral home on Monday from 9:30 to 11 am. A private family interment will be held at Spring Grove Cemetery. In lieu of flowers, memorials may be directed to the Alzheimer's Association, 644 Linn St., #1026, Cincinnati, OH. 45203 https://www.alz.org/cincinnati or the Good Samaritan Hospital NICU, c/o Good Samaritan Foundation, 375 Dixmyth Ave., Cincinnati, OH. 45220. https://www.trihealth.com/foundations/good-samaritan-hospital-foundation/donate
Read Less

We encourage you to share your most beloved memories of James here, so that the family and other loved ones can always see it. You can upload cherished photographs, or share your favorite stories, and can even comment on those shared by others.

Posted Feb 01, 2020 at 10:32am
Jim was a member of the Par Hopers old-timer golf club. I have submitted five photos of Jim at play or our annual picnic. He was a great guy to play with. One side of my family came from Islay, Scotland from where one can see Northern Ireland. I enjoyed Jim's many tales of life there. We were all sorry to have Jim leave as he was no longer able to play. He had a variety of ways of coping with persistent back problems, ranging from electrical stimulation (cattle prods to us) to a self-driving golf buggy. He also was a proponent of "natural golf" which remains a mystery to me. He has been missed and will be part of the good stories about former Par Hopers. George Dostie
George Dostie - frequent playing partner with Jim Thank you for the memories and pictures. My dad loved golf and his time with the Par Hopers. Craig McDowell
WC

Posted Feb 01, 2020 at 07:57am
May his memory live on with you forever and provide your family solace during this difficult time. May he Rest In Peace

Posted Jan 30, 2020 at 02:41pm
At this sorrowful period in your life, please accept my sincerest condolences for the death of your loved one.  Reflecting on the divine promises found in the Bible will give you hope and strength to keep going until all of God's promises are fulfilled. (Romans 15:13; John 5:28, 29).
Comment Share
Share via: 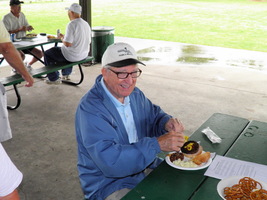 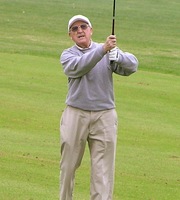 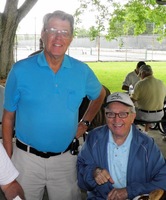