To share your memory on the wall of James Ralph Bell, sign in using one of the following options:

He served in the National Guard, was elected as the Assistant County Administrator of Hamilton County, became the Director of the Regional Computer Center of Cincinnati, received his Juris Doctorate of Law from Chase Law School, and went into private law practice.

Receive notifications about information and event scheduling for James Ralph

We encourage you to share your most beloved memories of James Ralph here, so that the family and other loved ones can always see it. You can upload cherished photographs, or share your favorite stories, and can even comment on those shared by others.

Posted Sep 21, 2019 at 12:51pm
I knew Jay as a friend to be and Jim and as our Sunday School Superintendent at Town St Church of God. He was fun to be around as well as work with at church. Everyone who knew him enjoyed his humor and his company. One time a boy brought a snake to Sunday school which freaked out his teacher but Jay just laughed it off to his mother as boys being boys. Jay was good a good attorney and helped our church as well as helped Jim with legal matters through the years. Although we didn’t see much of him these pass several years we always knew he was there if we had a legal question. His friendship meant a lot to us. He will be missed. Debbie Criscillis and the late Jim Criscillis
Comment Share
Share via:
CW

Thank you for the kind words about dad. He was always proud to be part of the church. You were all his family too. 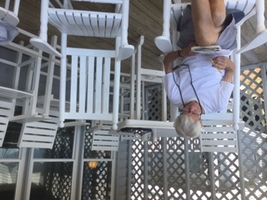