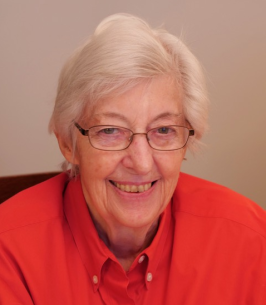 Joan M Arnoldi DVM, age 87, of Anderson Township passed peacefully May 10, 2022. Born June 10, 1934, she was the daughter of Clifford and Violet Martin. She was preceded in death by her parents, her sister Patricia Schrader Wishnevsky, brother John, son Peter, and niece Theresa (Dale) Winkelman. She was loved and will be missed by her nephew Steven (Barbara) Schrader. Her great nieces Nichole (David) Zimmerman, Wendy (John) Byrnes, Amanda (Charley) Kelsch, Katie (Bob) Sims, Susie (Justin) Menke, and 11 great-grand nieces and nephews.

Joan was an inspiration to all who knew her, especially her family. She was an avid womens rights proponent supporting and mentoring many women in their careers. She had an amazing career as a veterinarian and in public service, breaking several glass ceilings. Her career started as a clinical veterinarian in Wausau, WI. Joan Served as president of the American Association of Feline Practitioners and was the first woman on the Wisconsin State Board of Veterinary Examiners. She wrote the original Wisconsin legislation for the Veterinary Practice Act that regulated the use of animal technicians She became the Director of the Wisconsin Animal Health Laboratories. Joan was the first woman to be a State Veterinarian in United States, holding that position in Wisconsin and later in Michigan. She joined the USDA where she was the Deputy Administrator of Regulatory Enforcement and Animal Care, Director of National Veterinary Services Laboratories, Associate Administrator - USDA Animal and Plant Health Inspection Service. Internationally she was the Chief Veterinary Officer for the United States representing the US serving as a delegate to several international commissions. In these positions she traveled the world and lived in several areas of the country including Illinois, Wisconsin, Iowa, Michigan, and Washington DC. After retiring from the USDA, she became the Assistant Director of the American Veterinary Medical Association, Animal Welfare Division.

After retirement Joan enjoyed her Arabian Horses, numerous pets, her family and friends both in Wisconsin and Cincinnati.

At her request there will be no services. Joan was a mentor to many and a great way to carry on that legacy is a memorial to the American Association of Veterinary Laboratory Diagnosticians Foundation, P.O. Box 6396, Visalia, CA. 93290 https://www.aavld.org/foundation