To share your memory on the wall of Mildred McDowell, sign in using one of the following options:

She was born in Lurgan, Northern Ireland to the late James and Isobel McShane. She would recall, as a teenager during WWII, watching Yank troops march past her house, and German planes flying over on their way to bomb Belfast. She met James McDowell while working atUnited Kingdom Optical. They married in 1954 and then immigrated to the United States (Chicago) in 1957 where they became active members of the Villa Park Methodist Church. They moved to Cincinnati in 1965 and raised two sons, who in her eyes, never did anything wrong. She decided not to miss out on anything in life, so she learned how to drive a car (in her 30s), took up golf, and became the right arm of her husband's adventures in soccer and business. This involvement included washing uniforms for the Anderson High School and University of Cincinnati soccer teams. Also, offering her home to visiting soccer coaches and foreign players, who were participating in local soccer camps, was the norm. It was not unusual for Jim to come home on a Friday and say we have a coach coming in to town today who needs a place to stay for the weekend.

She was the author of multiple children's books that included a Story and its Verse. In their later years, Jim and Millie would winter in St. Augustine, FL. where they would play golf several times a week and cards in the evening with friends they met, at their second home. On one of their golfing outings, Jim and Millie were paired with two members of the Moody Blues band. Millie said they played golf with a couple of nice guys from England in town to play a concert in the area.

Millie adored her twin grandsons and relished the opportunity to spend time with them as they grew up. A trip to Skyline for lunch was often on the weekend agenda along with teaching the boys card games. She enjoyed watching them in their sports activities and taught them about the nature in her backyard, including the deer, squirrels and birds that visited their house.

Receive notifications about information and event scheduling for Mildred

We encourage you to share your most beloved memories of Mildred here, so that the family and other loved ones can always see it. You can upload cherished photographs, or share your favorite stories, and can even comment on those shared by others. 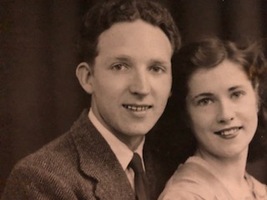 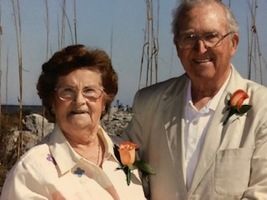 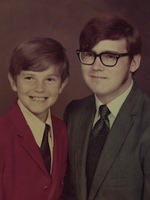 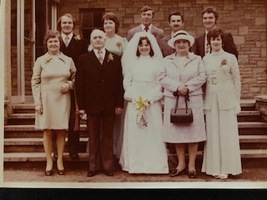