To share your memory on the wall of Robert Marvin, sign in using one of the following options:

Born on a cold January night to Allen and Gladys Marvin, Robert grew up along the banks of the Mississippi River in Prairie du Chien, Wisconsin... Read More
Robert Allen Marvin, born January 19, 1932, died July 29, 2020 at age 88 in Cincinnati, Ohio.

Born on a cold January night to Allen and Gladys Marvin, Robert grew up along the banks of the Mississippi River in Prairie du Chien, Wisconsin. The youngest of the family, his arrival came as a surprise to his older sister Jean and brother John, who had been told their mother was away playing a game of bridge. Upon meeting him at the hospital, their mother simply remarked that she had played bridge the night before and won first prize.

Although his childhood was spent primarily among the rivers and hills of Wisconsin, he spent many summers in Gibson City, Illinois where his father worked. There, Robert wiled away his time with good friends and hatched schemes with his brother, including an ill-fated attempt to catch a rare albino sparrow by feeding him liquor soaked pieces of bread. The plan, which did not work, was to get the bird so drunk it would fall to the ground to be captured.

In high school, Robert discovered his life-long passion for music, starting with the trombone and eventually joining a singing quartet Three Flints and a Flame. The group could often be found singing popular hits and winning hearts at the Blue Heaven Nightclub. His closest brush with fame came years later, when as a member of the Navy band, he made a brief appearance in Esther Williams Skirts Ahoy. However, he will always be remembered by his family for his beautiful performances in church choirs and annual telephone renditions of Happy Birthday.

It was the Navy that took Robert away from Wisconsin. Enlisting after high school, he hoped to see the world and that he did. Aboard the U.S.S. Saufley and U.S.S. Dyess, Robert sailed the Mediterranean stopping at ports in Portugal, Sicily, Turkey, Greece, Italy, Spain, and France. However, it was while stationed in Norfolk, Virginia that his lifes greatest adventure began. There, on the beaches of Sandbridge Island, he asked a young Betty Smith to marry him after two weeks of courtship.

Following their whirlwind engagement and marriage, Robert and Betty returned to Wisconsin. Son Richard was born in Beloit in 1956 and daughter Kimberly was born in Prairie du Chien in 1959. As a family they followed Roberts career in the paper industry across the Midwest, living in at least 14 different homes and several states before Betty gave up keeping track. Much to their childrens chagrin, Robert and Betty settled in Franklin, Ohio just after Kim graduated high school and did not move again for 40 years.

A singular man, who never wore denim and listened exclusively to classical music, Robert was never prouder than when discussing the accomplishments of his family members. He loved travel and chocolate malts. He was an avid golfer and kept a daily schedule by which you could run the trains. He was an active life-long member of the United Methodist Church. Hardworking. Irascible. Sincere. Intelligent. But most importantly, so deeply cherished and missed by those who love him.

A socially distant visitation (masks required) will be held at 11 a.m. on Tuesday, August 4, 2020 at Mt. Moriah United Methodist Church, 381 Mt. Moriah Drive, Cincinnati Ohio 45245. A memorial service will follow at noon. If desired, memorial donations may be made to WGUC at www.wguc.org T.P. White & Sons Funeral Home serving the family.
Read Less

Receive notifications about information and event scheduling for Robert

We encourage you to share your most beloved memories of Robert here, so that the family and other loved ones can always see it. You can upload cherished photographs, or share your favorite stories, and can even comment on those shared by others.

Posted Aug 03, 2020 at 03:24pm
Our thoughts and prayers are with you and your family. Deepest sympathy, Michael Melissa and Kathy .

Flowers were purchased and a memorial tree planted for the family of Robert Marvin. Send Flowers

Posted Aug 02, 2020 at 06:56pm
Wishing you peace to bring comfort, courage to face the days ahead and loving memories to forever hold in your hearts.

Love's Journey was purchased for the family of Robert Marvin. Send Flowers

Posted Aug 02, 2020 at 06:07pm
Bob was so much fun to be around. He always had an infectious smile on his face. I looked forward to my Sunday hugs from Bob.
May the fond memories of Bob be a source of comfort to his family.
Vicki Kuhn
Comment Share
Share via:
HS

Posted Aug 02, 2020 at 11:17am
Bob brought so many gifts to our lives. We will never forget him and the many neighborhood chats and 4th of July picnics!

Flowers were purchased for the family of Robert Marvin. Send Flowers

Flowers were purchased for the family of Robert Marvin. Send Flowers 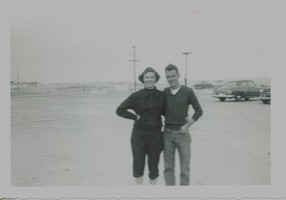 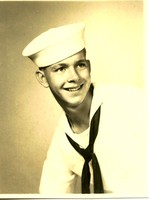