To share your memory on the wall of John Erhardt, sign in using one of the following options:

The gesture that can change the world

Upon return to civilian life, he entered the University of Cincinnati, affiliated with Beta Theta Pi, graduating in 1952 from the College of Law. His career as a lawyer was as a solo practitioner, representing individual clients in Clermont County for over 50 years. In his early years of practice he served as a Solicitor for the Village of Amelia, as an Assistant Ohio Attorney General and 2 terms as a Clermont County Judge. He was past president of the Clermont County Bar Association.

We encourage you to share your most beloved memories of John here, so that the family and other loved ones can always see it. You can upload cherished photographs, or share your favorite stories, and can even comment on those shared by others.

Plant a Tree in Memory of John
Plant a tree
1 tree has been planted in memory of John D. Erhardt
JP

Posted Mar 04, 2020 at 05:03pm
Sara you and your family are in our thoughts daily. Big John was such a great man and we pray for healing at this time!

Jacquie, Jeff Hodges and Joe, Amanda Payne purchased flowers and planted a memorial tree for the family of John Erhardt.

Clarence "Bugs" Hammel purchased the Vivid Recollections for the family of John Erhardt.

Posted Mar 02, 2020 at 12:54pm
Please accept our most heartfelt sympathies for your loss... Our thoughts are with you all during this difficult time. Love you! 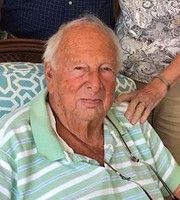